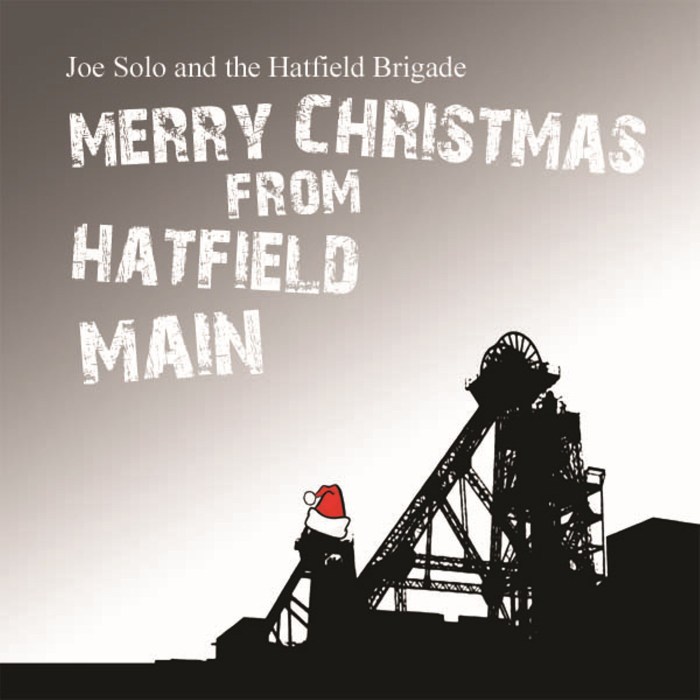 Well, as Week Two of our ‘Merry Xmas From Hatfield Main’ campaign comes to an end, it is time to reflect on seven days of utter madness and try to make some sense of it all.

Monday started well, the video footage of our recording session at Stainforth Central Club on Sunday October 30th had gone viral over the weekend and we hit 86,000 views this week proving the massive public interest in the song and the cause.

We had a massive lift that night when BBC Look North ran a piece on their evening news bulletin giving us our first television coverage. Despite one or two glaring factual errors in the reportage, most notably that we recorded at the now defunct Miner’s Welfare and not The Central. Dean and the staff there deserved their mention having put so much into making us welcome that day, but no matter, WE know who needs the respect, and now so do you.

The footage is here:

From there we spent the week sharing video and download links on every conceivable social media page we could imagine, desperate for people to download it. There was one problem- Amazon had not released it on schedule and were saying the fault lay at our end. As the second largest seller of downloads in the UK, this was a significant blow to us and we launched several attempts to contact them that all hit the same brick wall.

I had pretty much given up.

By Friday excitement had hit fever pitch. Tosh McDonald, President of ASLEF, had asked us to perform ‘Merry Christmas From Hatfield Main’ at the rail union’s Annual Dinner, just before their main speaker, Mr Jeremy Corbyn. The Hatfield Brigade gathered in the bar downstairs barely able to contain their excitement, while word came down asking if, as we were singing after a speaker from the International Brigade Memorial Trust, we could also sing ‘NO PASARAN!’…..

It would be impolite not to, we said.

And after THAT? Well THIS happened….

That’s right. We were joined on stage by none other than Mr Corbyn himself, who took to the song with gusto and by the end was singing as loud as anyone on that stage. It was a wonderful demonstration of solidarity with a community pulling together to help those struggling in #FoodBankBritain and we cannot thank him enough for joining us up there and raising everyone’s spirits. 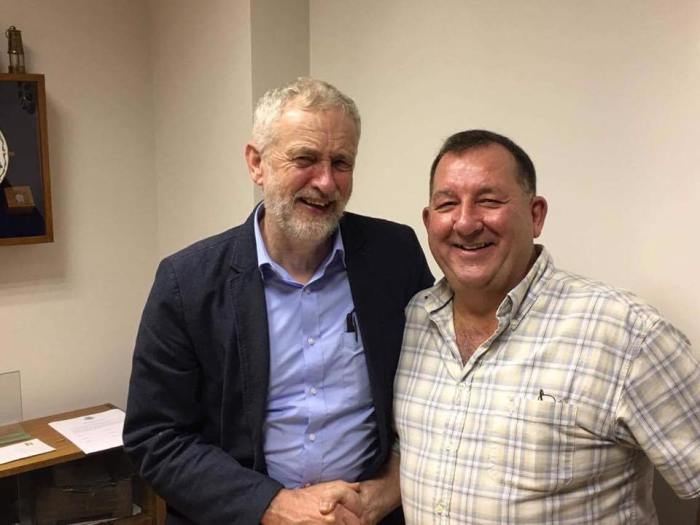 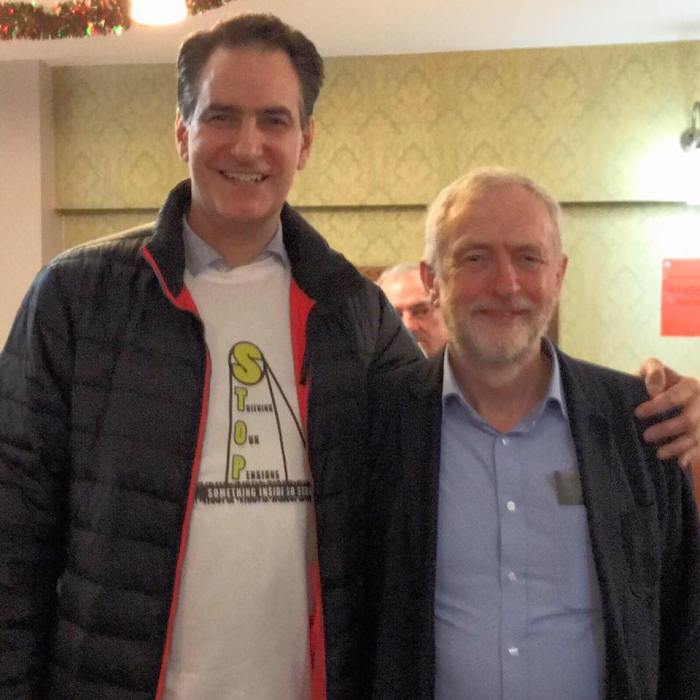 went off to speak with Mr Corbyn on the subject of the Miner’s Pension Scheme, the rest of The Brigade took the Hatfield Main banner and went off on a very special mission of our own…..

Thanks to some expert coaxing from Jan Pearson, the manager of Frenchgate Shopping Centre in Doncaster had agreed to us flashmobbing the mall for an extended version of the single and here we all are….

A terrific afternoon and the perfect way to end the gigging year for me, in the finest of company with a VERY special honorary guest beside me. Just fantastic. 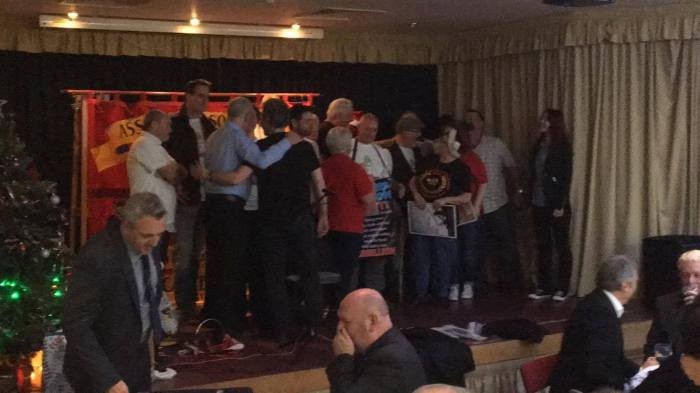 We got a HUGE lift on Saturday when Amazon mysteriously worked out the fault had been their end all along and brought the single out a mere 12 days after its official release date. Still, better late than never and people started downloading it immediately catapulting us to No.20 in their Top 100 best-selling songs overnight Saturday and topping the Folk Chart ahead of ‘A Fairytale of New York’ by The Pogues and Kirsty MacColl, a song I have loved since Xmas 1987 when it first broke my heart. If only for a few hours, we were Kings (and Queens) of The World.

Alas, these things never last and reality always bites. Without the mass media machine behind us, without Major Label backing or a TV show putting us out there; without friendly newspaper editors or a designated Press Office, the glass coach soon begins to look remarkably like a pumpkin and No.1 for an hour doesn’t mend washing machines come Monday morning.

What ‘Merry Christmas From Hatfield Main’ needs now is YOU.

We are going into WEEK 3 of our campaign and we need YOUR HELP stepping it up. Without you we look very much like a washing machine engineer and a choir of former miners and their families; but WITH you, we look like a People’s Army ready to take on the charts and help feed hundreds of people currently going without in #FoodBankBritain.

We need your shares, your retweets, your Likes, your comments, your messages of support, your reviews of the single, and above all YOUR DOWNLOADS.

Please, please, please part with 79p or 99p (depending on the site) from one of these outlets:

I-Tunes:
https://itunes.apple.com/gb/album/merry-christmas-from-hatfield/id1171818970
Amazon:
https://www.amazon.co.uk/Merry-Christmas-from-Hatfield-Main/dp/B01N9FTN81/ref=zg_bsnr_digital-music-track_8?_encoding=UTF8&psc=1&refRID=ZTY74CXT6FH991E6N7QB
Googleplay:
https://play.google.com/music/preview/Attocjksmtigxflfnij74oyo3si
Bandcamp:
https://joesolomusic.bandcamp.com/album/merry-christmas-from-hatfield-main-2
CDBaby:
http://www.cdbaby.com/cd/joesoloandthehatfieldbri
and Spotify.
You may not think it, but your one sale can make all the difference.
We CAN do this. Please help us.
Please.