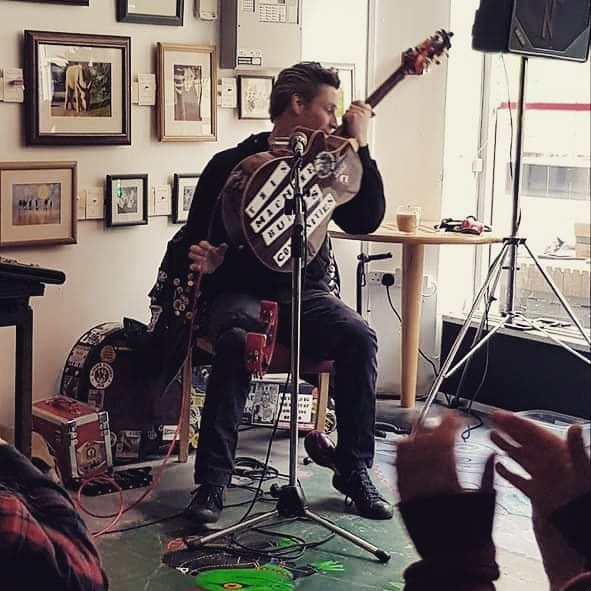 In what is a sad indictment of the times we are living in, both gigs were in one way or another anti-fascist events, and both celebrated the past in a bid to inspire the present to change the future.

Right up my street.

The first was an all-day event at Bean & Nothingness in Hull organised to commemorate the 40th anniversary of the city’s first involvement with the Rock Against Racism movement. It was timely too. Although this proud city has a long history of standing up to fascism and taking in refugees, it has also seen an unwanted rise in hate attacks on its streets, and the statistics quoted by artist Richard Lees were alarming in the extreme. There is no place for racism in our society, it should not and will not be tolerated, and events like this help promote some much-needed solidarity, support, and hopefully inspiration for the struggles ahead.

I popped in to remember Jack Atkinson on the way back to the car.

Then hit the road for Wrexham to play the Gwyl Twm Sbaen Festival as part of a full day of marches, speeches, screenings, lectures, poetry and music.

Absolutely brilliant people and a phenomenal event which I loved every second of. Superb work by the organisers, and I heard talk of it becoming an annual celebration of the life of Twm Sbaen– International Brigade volunteer, coal miner and socialist- and another reason to bring people together in the spirit of unity and solidarity to recharge their batteries for battles yet to come.

Fascism may be on the rise in the UK, but it has been this way forever. While in Hull I was reminded of Lithium Joe‘s involvement in Anti-Nazi League gigs and solidarity fundraisers throughout the 90s. It peaks and it troughs and right now we are at a peak. It is up to us to drive it back into a trough, and events like these help do just that, by rallying people to the REAL cause of the Working Class- Socialism and Internationalism.

Fascism is NOT the friend of the worker. Fascism puts an arm around the shoulder of the angry, and points a spectral finger at someone they can blame, but it is never on your side. It simply reinforces the very institutions which crush Working Class people the world over. Fascism is the friend of the boss class, of State control, of violence, of militarism, of oppression. It is the enemy of unity, of compassion, of fairness, decency and hope.

Together we will defeat it once more. 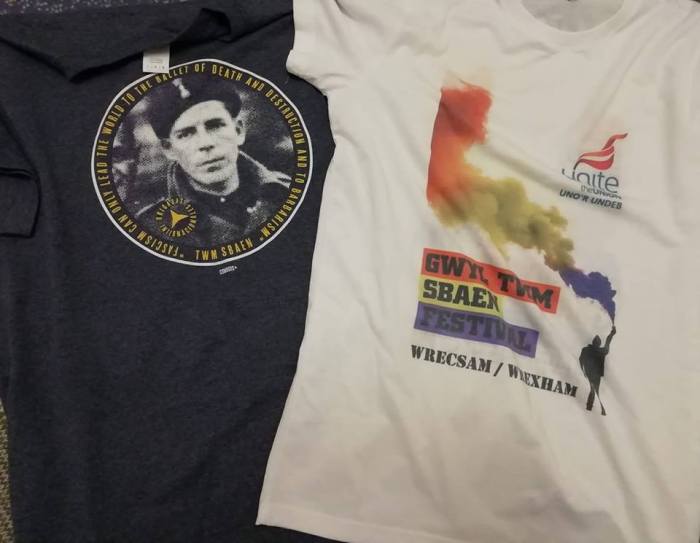