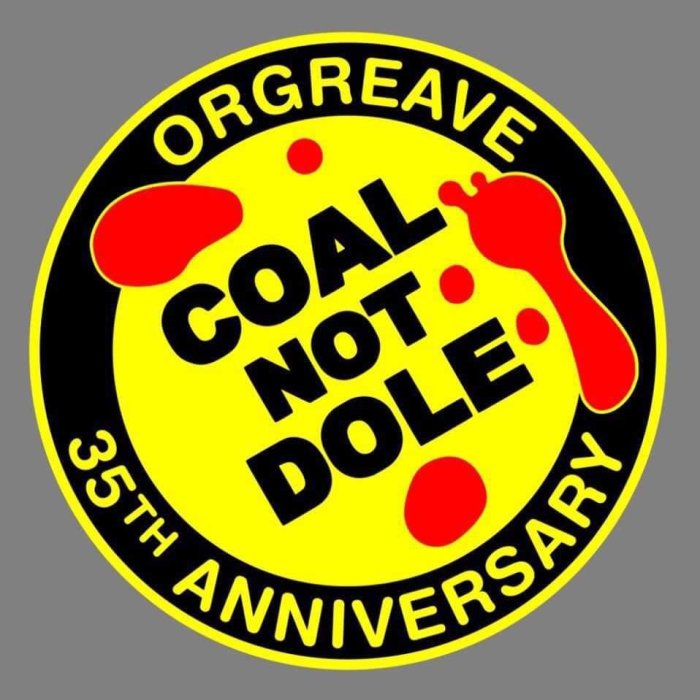 35 years ago today striking miners made their way from up and down the land to the picket outside Orgreave coking plant.

They were used to the subterfuge of back roads and early morning walks across fields due to police road blocks trying to prevent them getting through; but that day they were waved past by officers only too happy to help, some even providing directions as to where best to assemble.

It soon became clear why.

As miners gathered, most in shorts and t-shirts anticipating a day in the sun, they found themselves facing massed ranks of police in full riot gear, some in ill-fitting uniforms with no ID on their shoulders many of the pickets would later believe were soldiers drafted in to bolster the numbers, and the violence.

The police lines parted and through them rode mounted officers swinging truncheons at anyone and everyone, breaking bones, cracking skulls.

It was a bloodbath.

As miners struggled to run to the aid of fallen comrades they too were clubbed to the ground.

When some tried to fight back they were filmed and the BBC edited the footage to make it appear as though this was the first act of the day, and police were merely responding to the provocation and violence of the pickets. In this way the state broadcaster deliberately assisted the Thatcher government in smearing miners as violent thugs undeserving of public sympathy.

They were charged with crimes which could have seen them jailed for life.

The charges were thrown out of court when it was proven the police statements had been doctored and there was no burden of proof against these men.

Doctored by whom? And on whose orders?

The same process of arrest, smear, and fabrication of evidence was used by the same police force to deny justice to the families of 96 football fans five years later, but it had been honed in the summer of 84 at Orgreave.

Those hospitalised were denied anaesthetic by arresting officers who forced medical staff to stitch skulls knowing the intense pain they were causing. This was an act of unforgivable brutality, the mental scars from which some have never recovered.

Orgreave was an act of Class Warfare designed and executed by a malicious Tory government hell bent on breaking the strike, defeating the NUM and destroying the trade union movement.

On many levels it worked.

But no battle is lost until the last of the fight has left us.

Today I pay tribute to comrades in the Orgreave Truth and Justice Campaign who will fight on until we have that inquiry no matter how long it takes.

And you can help too.

You want to stand at their side, look them up, support their events, wear their t-shirts, share this post, and let’s build an unstoppable chorus of voices no politician can ignore.

And you want to help mend the damage?

Today of all days, join a trade union. Let’s rebuild the movement decimated 30 years ago, and let’s stand in solidarity with each other like never before.

They have the past.

Tomorrow could still be ours.