Those of you familiar with my song ‘No Pasaran!’ will know it tells the story of Jack Atkinson at the Battle of Jarama during the Spanish Civil War- but who was he?

Well, until today I didn’t even know what he looked like, but the above photograph came courtesy of Andrew Young from the Hull International Brigade Memorial Group and both Andrew’s work, an obituary sent by Brian Barnes, and a helpful MI5 record, have embellished what I knew already through Giles Stevens to the point where we can now paint some kind of a picture. 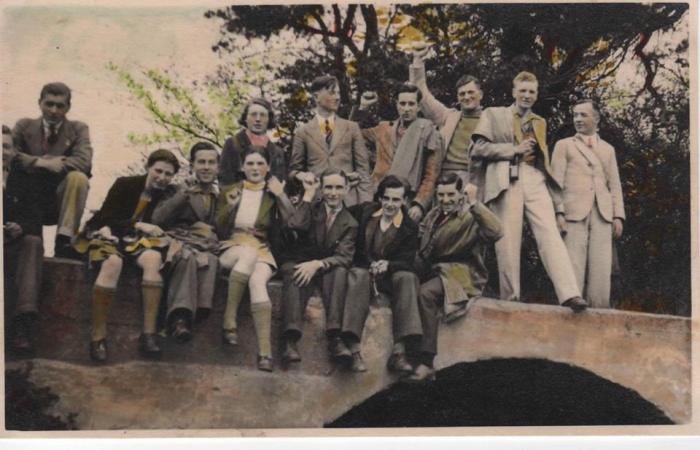 Jack was born in Hull early in 1911. He was from Romany stock. Traditionally that meant large families, but Jack’s father was killed in the trenches leaving him an only child. He appears to have developed a healthy dislike for authority at an early age, and by 14 he had stowed away on a ship travelling to Australia where he fought the police and armed thugs clearing Aboriginal peoples from their homes to make room for settlers.

While in Australia he lost an index finger, meaning he had no trigger finger and had to adapt in order to use a rifle. In my song ‘Fight On’ I allude to this with the line:

“A certain way with a gun.”

On his return to these shores he found work as a lorry driver and lived on St. Luke’s Terrace, St. Luke’s Street in Hull. An tall man at 6’4″ he was quiet but well-liked, though drinkers at his local would size up what sort of a mood he was in as it was said he could swing cast-iron bar stools- one in each hand…..there was no power steering in those days.

Over the Summer of 1936 Oswald Mosley organised a British Union of Fascists rally at Corporation Fields in Hull. No-one seems able to confirm if Jack was present at the riot which followed, but it is unthinkable that he wasn’t in there fists flying. The Blackshirts were run out of town by the Hull Dockers, with Mosley’s car leaving town with a bullet hole in the door.

Jack left England for Spain on 6th February 1937 having travelled south by train with Rotherham union leader Tommy James and three other men. They left Newhaven for Dieppe bound for Paris, and had clearly been spotted by the security services as they had a record of him leaving. He had told his mother he was going to drive ambulances and would be nowhere near the front line. I doubt she believed him.

James describes in his autobiographical account of the war ‘Pounded Earth’, how they were moved straight from their train out to the front line at Jarama where a fascist attack threatened to break through and take Madrid.

On 21st February 1937 he left his trench with the same aggressive sense of purpose he had lived his entire life. He rose to attack fascist positions and charging across no man’s land was shot through the neck by a machine gun bullet. Tommy ran to help but realised his friend must have been dead before he hit the ground.

Jack was partial to a fruit cake, and his mother had baked one for him for when he came back from Spain. Decades later when she passed away, the family were clearing out her house and found that cake in her pantry still waiting for her only son to return. 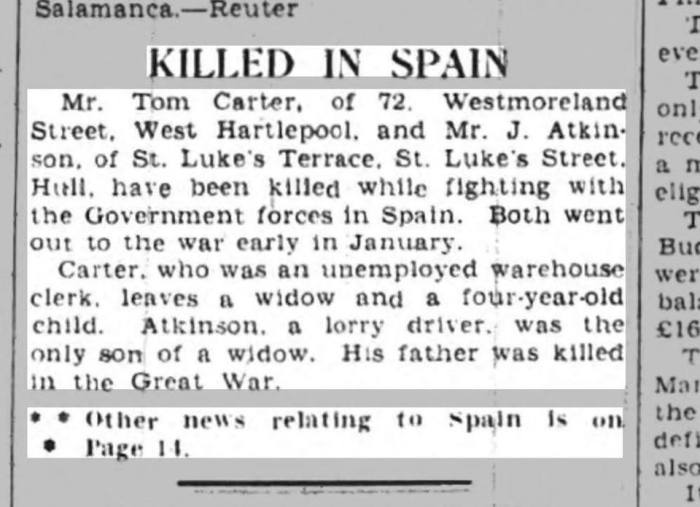 The deeds of our lives MATTER; they live on long after we are dust. In those 25 years, Jack fought for freedom, justice and equality and his example is an inspiration to me and hopefully anyone who hears his song.

“They say a man he dies twice, Jack
First when his days are through
And then when he gets forgotten, Jack
But I remember you.”