February was an amazing month of gigs starting with the launch of ‘NEVER BE DEFEATED’ at Stainforth Pit Club and ending with Jeremy Corbyn being my support act at a BFAWU gig in Scarborough. In between were two crackers at Dewsbury Socialist Club and Topic Folk Club in Bradford where I was once again joined by the wonderful Rebekah Findlay. Thanks to Gaynor at Randers Gallery for these photographs. 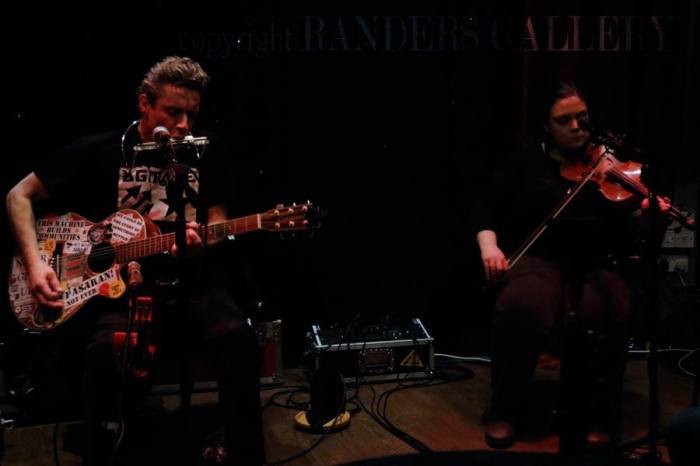 March brings an unrelenting schedule of magic and mayhem starting on the 1st with a recording session in Hartlepool hooking up with Gary Miller, Sara Dennis, Brian Barnes and the kids from the Holocaust Memorial Group to get out song ‘Through The Wire’ down on tape. On Saturday 5th it’s With Banners Held High at Unity Hall in Wakefield, a full day of music, exhibitions and discussion on the Miner’s Strike and beyond culminating in a gig featuring The Hurriers, Louise Distras and myself compered by Attila the Stockbroker. This will be a great day so get there if you can.

Then I’ve trips to Bury Songwriter’s Circle, BBC Introducing Humberside and Bacup Folk Club to look forward to, but before then the small matter of finally hooking up with all four of my We Shall Overcome brothers when we play on the same bill as part of a fundraiser for local homeless charities at The Station, Ashton-under-Lyne on March 12th. Ccan’t wait for the group hug and to finally meet the truly fantastic Pauline Town. That will be quite a day.

Among all that will be the release of a short film called ‘Man of The Left’, an interview with yours truly shot at Corporation Club in Scarborough a few weeks ago. I’ll share the link when I have it.

See you out there!!