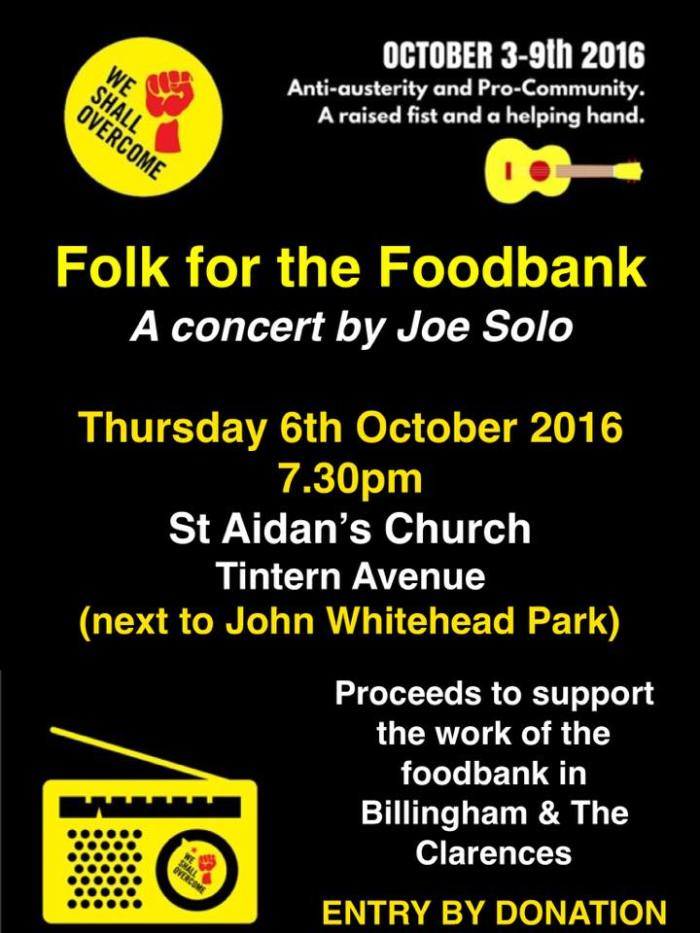 So WE SHALL OVERCOME officially kicks off this weekend with 260 gigs up and down the UK and beyond, but where exactly can you find me?

Well, truth is I’ve started already. Both the #KeepCorbyn gig in Doncaster AND the ‘Never Be Defeated’ performance in Glossop last week, were WSO events collecting food and cash donations for local causes. 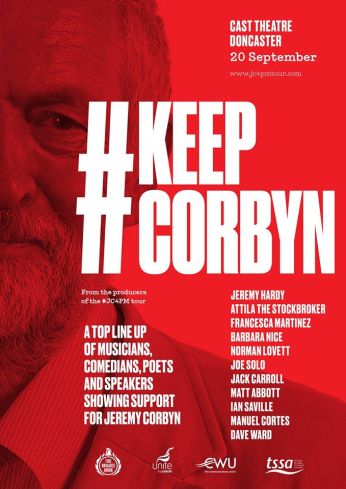 …..but my WSO week really begins on Thursday October 6th with two events. The first is at St. Aiden’s Church in Billingham with a 7.30pm kick off, and from there I hightail it to Nursery Inn in Hartlepool to open for the legend that is TV Smith. 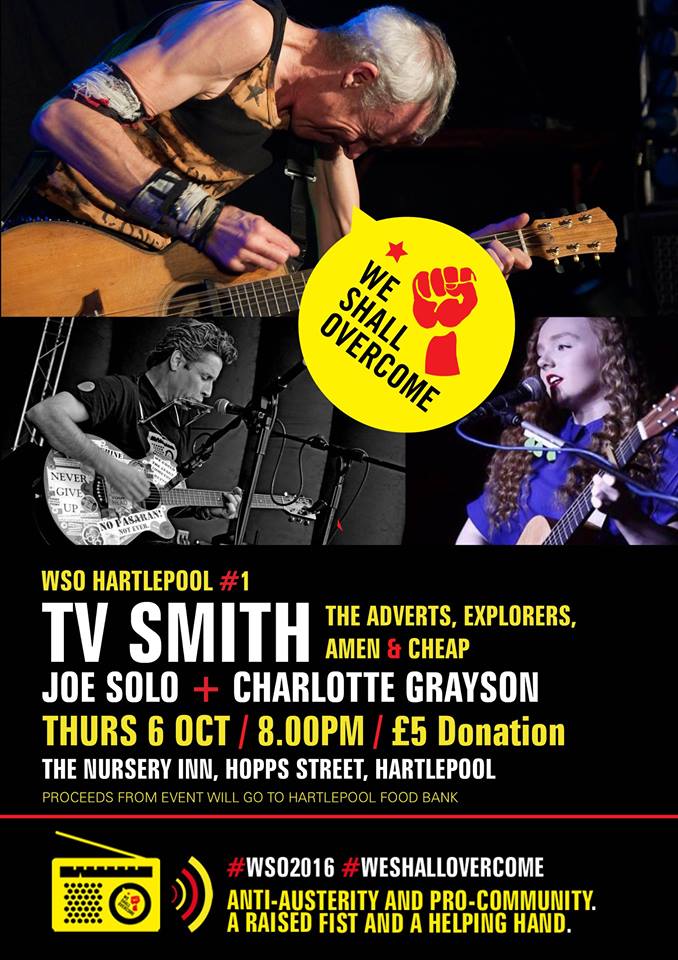 Friday I’ll be hauling over to play the fantastic Trades Club in Hebden Bridge, and there’s thankfully just the one gig that night, because Saturday is a somewhat daunting 3-gigger. 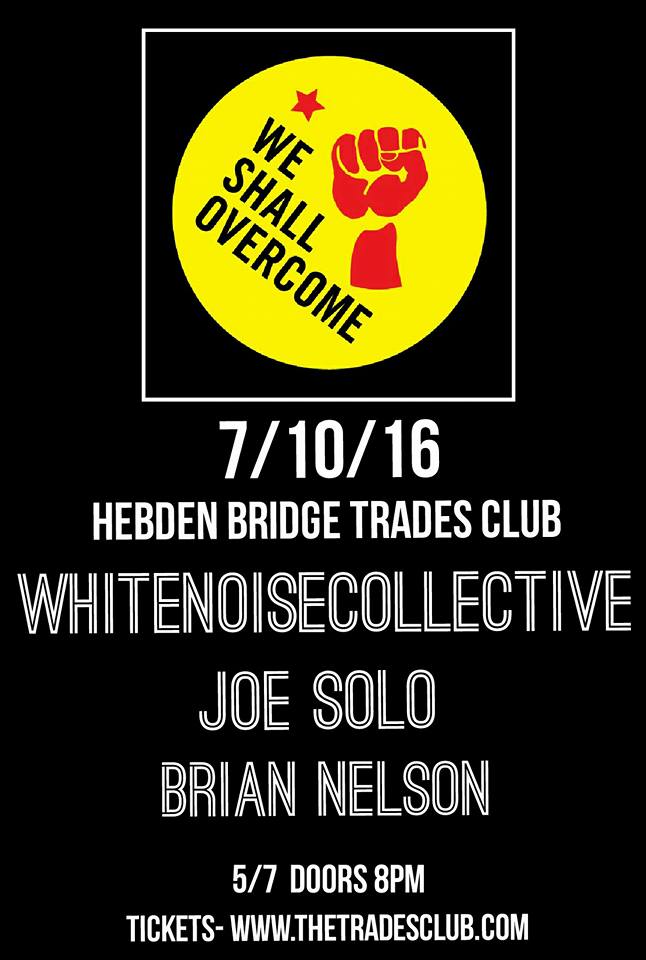 First I’ll be kicking things off at The Filling Station in Scarborough as part of an afternoon session compered by the wonderful Graham Rhodes and pretty much next door to the Radio Scarborough studio from where I broadcast The Joe Solo Show.

I race from there to Polish Club in Barnsley for a teatimer at the venue which hosted our May Day Festival of Solidarity earlier this year. 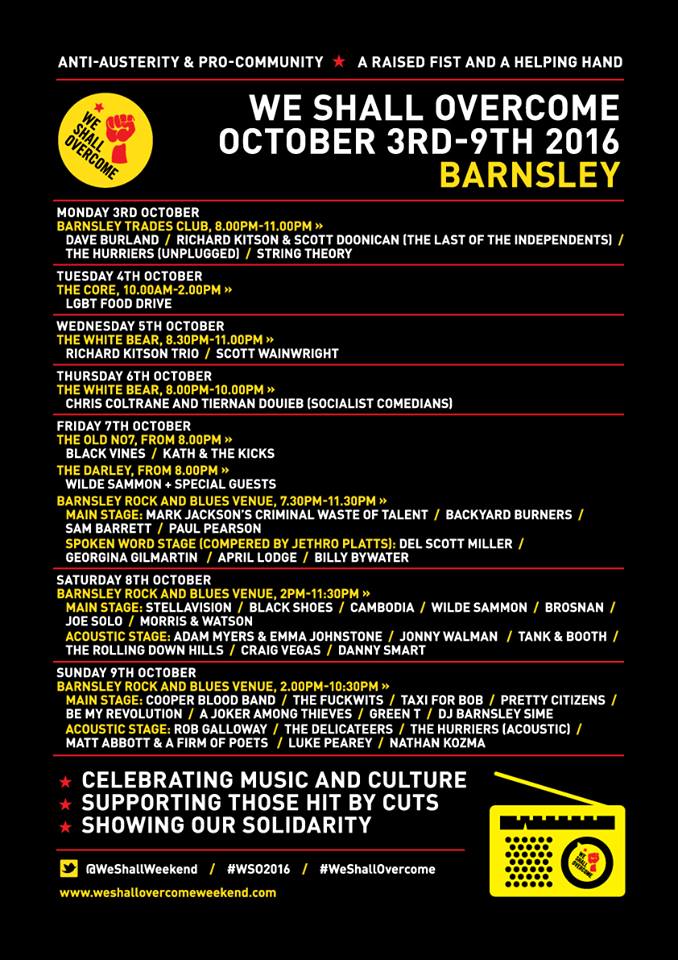 And from there to Stainforth Pit Club to perform ‘Never Be Defeated’ for the Hatfield Brigade in the building it was born in, raising food and cash for the DN7 Food Bank helping those struggling in the former pit villages of Stainforth, Dunscroft and Thorne.

Hopefully my voice will hold out because Sunday 9th sees me back in my old stomping ground of Liverpool for one last gig as part of the main week at The Brink.

There are more WSO gigs later in October and November for me, but for now that is your lot.

Hope to see some of you out there.