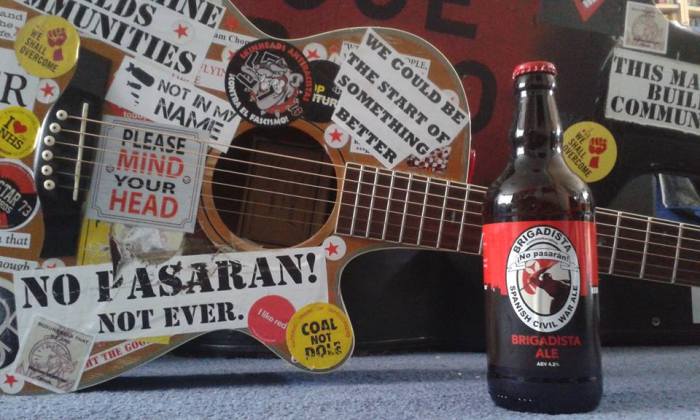 I’ll be singing the ‘NO PASARAN!’ album in its entirety at the Laurel & Hardy Museum in Ulverston on Saturday 23rd July accompanied by the brilliant Rebekah Findlay on violin. The event is to commemorate the 80th anniversary of the conflict and will be marked with poetry readings, a photographic display, a speech from Andy Hoyle from the People’s History Museum, and my songs. Doors are 7.30pm.

We’ll be performing the album in Rotherham and Hull later this Summer. Both events are to help raise funds for new memorials to the International Brigade volunteers from those towns. Rotherham produced Tommy James who features in several songs on the album, while Hull produced Jack Atkinson who inspired it to begin with. Two more fitting places to play the album we could not hope for.

On top of that, Monday’s Joe Solo Show on Radio Scarborough was a Spanish Civil War Special featuring music from, or inspired by, the conflict from the likes of Pete Seeger, Paul Robeson, David Rovics and The Wakes. You can stream the show on this link: