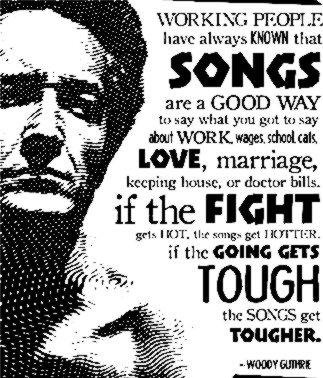 I am using a week off work to lock myself in t’shed and catch up on some recording. With such a busy schedule and the promise of another We Shall Overcome taking up so much of next year, it’s my plan to break the back of next year’s album over Christmas and the New Year so I’ll be adding to the demo album fairly regularly over the coming weeks.

“A Raised Fist & A Helping Hand” is the working title of 2016’s album and so far there are nine songs to stream on this link:

including the brand new “The Clash Didn’t Smash The Town Hall” fresh out of the shed yesterday with the ink still wet on the lyric. Later this week I’ll be adding “What If The Silent Masses Weren’t So Silent Anymore?” which I’ve been playing live over the last few weeks, and “I Wanna Live”, a song I’d been hoping to record with a band but will finish with whatever tools are at my disposal over the coming months.

As ever, please trawl around my Bandcamp page. There are a LOT of songs on there both solo and with Lithium Joe, plus audio books and my reading of Wilfred Owen poems recorded as a teaching tool for schools as a favour to a friend and which seem to have been pretty popular. Plenty to wrap your ears around and all available at: