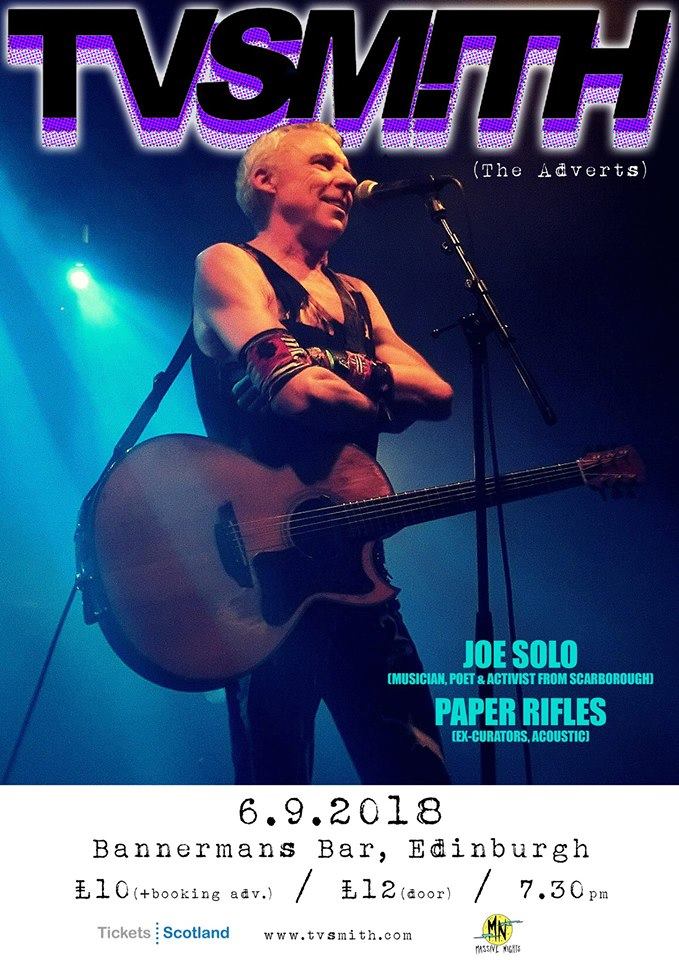 Finally had chance to catch myself back up after a frantic 10 days like no other. Life has been on fast forward for a couple of weeks now, so it’s time to breathe deep and take stock.

Never having had boots on the ground in the Scottish capital I made a day of it, and with Billy as my tour guide I took in all the stuff you really need to know (“This is as close as you can get to the castle for free. That’s my favourite boozer. They used to herd cows down here. This church is magnificent inside. That is the Heart of Midlothian. This part of town was abandoned during the plague. This is the venue.” Top man.)

The gig was ace and opening act Paper Rifles, superb. Look out for them! TV was launching his new album ‘Land Of The Overdose’ and played a number of instant classics from it. Always a pleasure to spend a bit of time with Tim. Consistently brilliant songwriter for decade after decade, and an inspirational live performer.

Had to stop off at 107 Cowgate to honour the birthplace of James Connolly. Wouldn’t be a Socialist in Edinburgh if I hadn’t! 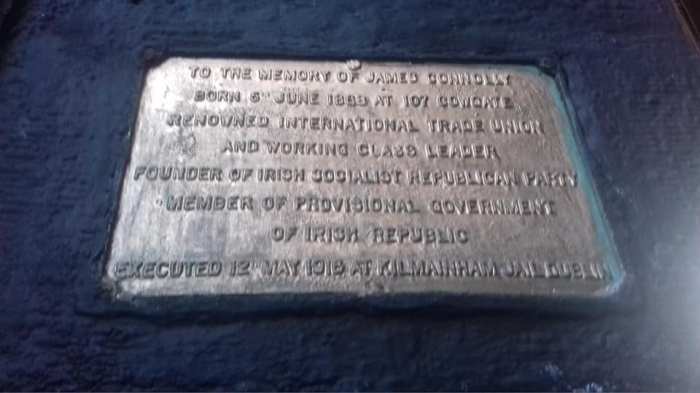 I hauled back overnight because Rebekah Findlay was making her annual trip to Scarborough in order to sprinkle magic dust on the forthcoming ‘Headscarves & Hurricanes’ album. And boy did she! Rattling six songs off more or less first take, she has made a set of songs I’m very proud of into something very special and I can’t wait to get that mastered and out into the world.

Soon as the recorder was switched off I was back on the road and heading for Bolton Socialist Club for the postponed ‘Political Desert Island Discs’ night. Scrubbed due to a sustained blizzard back in March, I finally got to gas on about the eight songs which had the biggest impact on my politics over the years. You had to be there for the reasons, but in case you’re wondering they were:

Stiff Little Fingers- Roots, Radicals, Rockers & Reggae
The Men They Couldn’t Hang- Ghosts Of Cable Street
Grace Petrie- They Shall Not Pass
The Pogues- Thousands Are Sailing
The Wailers- Get Up, Stand Up
Merry Hell- We Need Each Other Now
Billy Bragg- Between The Wars
The Clash- Spanish Bombs

I hauled back overnight, then straight back out again in the morning for Wigan Diggers Festival. I will post a separate blog about the Gerrard Winstanley Gold Spade Award presented to me in the afternoon, but aside from that my overriding memory of a truly incredible day was looking up from the stage and seeing an empty square as the audience huddled in the beer tent out of the torrential rain, and thinking to myself, ‘this is going to be a tough gig playing to an empty space’, then hearing my name announced, looking up, and seeing hundreds of faces braving the weather to support me. It was a genuinely moving moment. AND we made the rain stop!

I also got to join the fantastic Commoners Choir onstage to sing with them. One of my favourite moments this year.

Aside from that the support and the solidarity, the handshakes and the hugs, made me truly feel a part of something very special. Just a wonderful day.

So I hauled home again, then out once more.

This time to the Battle Of  Stockton commemoration event marking 85 years since the locals drove Mosley’s Blackshirts out of the north east in short order. A flagstone was laid on the High Street and I joined a terrific bill at the Georgian Theatre to mark the day. 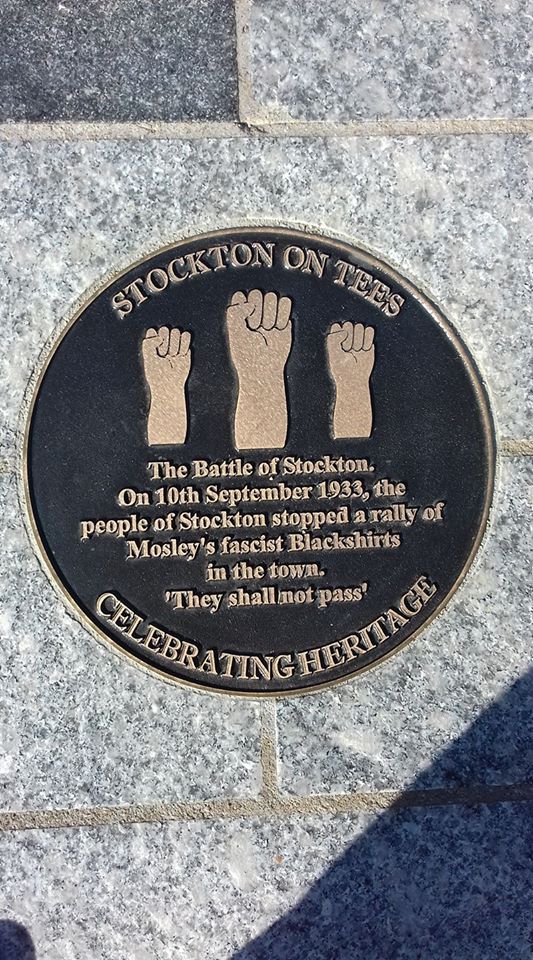 This is where I’m most at home. Remembering the past and using it to inspire the future from out of a present so desperately in need of change.

That’s my role in The Struggle.

But I didn’t half need a kip after all that.