‘Merry Christmas From Hatfield Main’ by Joe Solo & The Hatfield Brigade was released on Monday 28th November 2016. Since then life has been total mayhem.

The video above was published on the BBC Sunday Politics East Midlands Facebook page last night and is closing in on 50,000 views in 24 hours. To put that in perspective, the YouTube of my best known song ‘No Pasaran’ was published 3 years ago and has currently had 3,733. Yes, it is THAT frantic here.

You can download the single from most of the online stores, but at present we are focusing on i-tunes:

….and don’t forget to watch the accompanying video: 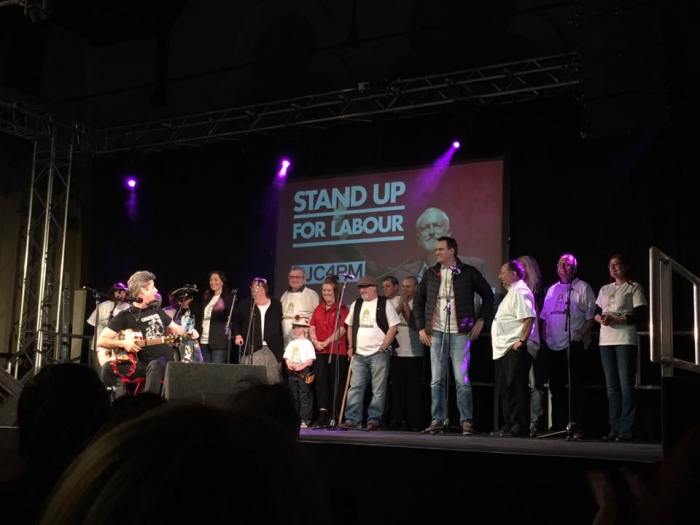 We have had an amazing response from up and down the country with support from unions, politicians, Ken Loach….and we have London cabbies playing it to everyone who climbs in their taxi! Just incredible. Never in my wildest imagination did I think this was going to happen, but then I should never have underestimated the resourcefulness of The Hatfield Brigade, or the respect and affection the nation feels for our miners.

On Tuesday night we sang together in Unity Works Theatre in Wakefield as part of the Stand Up For Labour tour. On a bill which included Francesa Martinez, Norman Lovett, Matt Abbott, Grace Petrie, Tiernan Douieb and Robb Johnson (who I sang harmony with on his own Xmas single ‘JC4PM 4 Me’ to close the night) The Brigade joined me for ‘No Pasaran’ and our single in what was an emotional 15 minutes. There’s a video here:

We got very excited to find we had risen to No.8 in the I-Tunes Singer-Songwriter Top 100 and even more excited when the Daily Mirror joined our comrades at The Morning Star in backing the song.

Now I have no idea what tomorrow will bring, but you can rest assured it will be a bumpy ride and will consume all involved in utter mayhem…..but it’s one hell of a lot of fun! 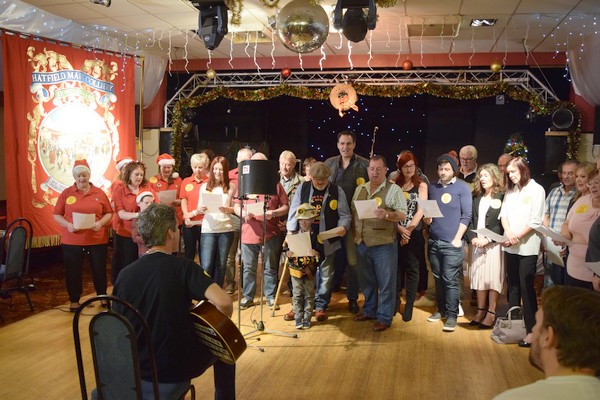