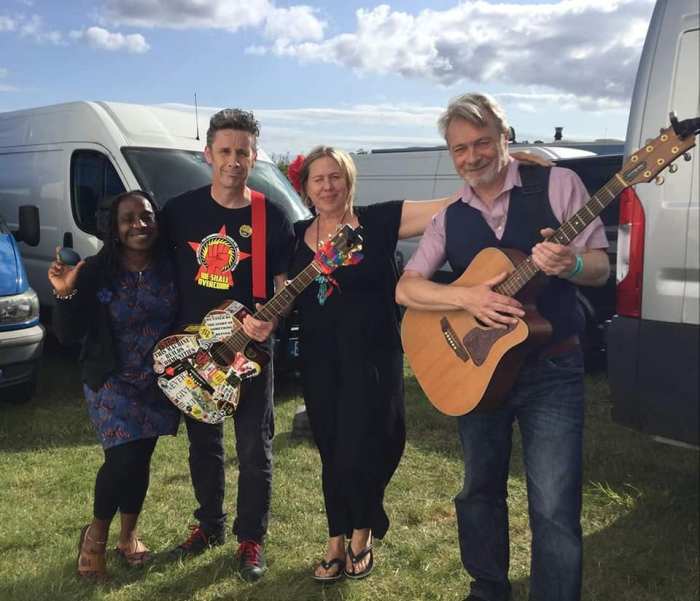 Well that was quite a weekend.

And wouldn’t have missed a single second.

Well, ok…..maybe the part around 2am on Sunday morning when still an hour from my front door I was having to punch myself in the face to stay awake, but apart from that not a single second. 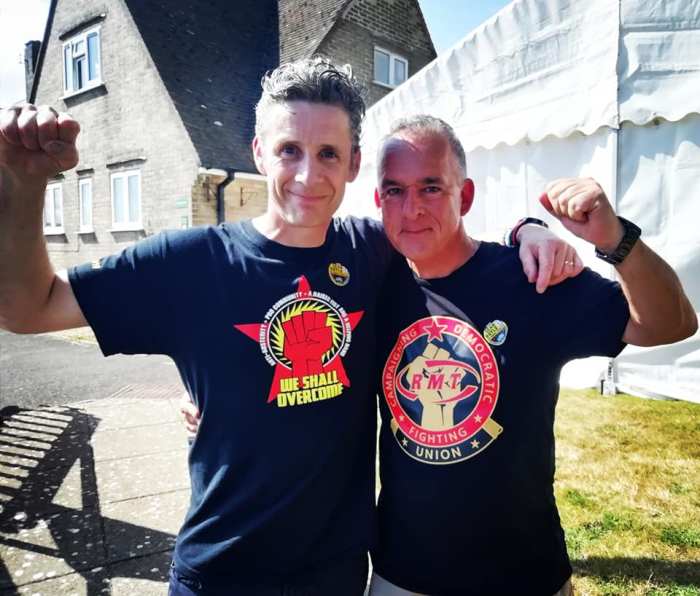 It all started when I sang for the RMT at the Bob Crow Exhibition Centre in Doncaster, as their traditional garden party got rained on once more. But did that stop us? Course not. No fair weather trade unionists in the RMT, especially not when there’s a free bar!

Then it was home to take Mrs S for a long-promised night out.

That box-ticked I had to point the car south after 90 minutes sleep and drive the six hours to Tolpuddle Martyrs Festival. Not easy, but that’s what coffee is for.

In 2016 I had an absolute blast, and this year was no different. Such a great atmosphere. Sun shining, comrades assembled from up and down the land, music and politics everywhere I turned, and amazing people I don’t get to see anywhere near as often as I should living up north.

I was booked to play the ‘Martyrs Marquee’ at 7pm, but managed to squeeze in a slot at the open mic, and on Steve White‘s ‘Tolpuddle Unplugged’ stage too. Amazing response everywhere I went and the smiles and singing will live long in my memory.

Hard to overstate what that means to a relatively unknown bloke who has travelled six hours on no sleep. I know it’s a musician’s job to put the wind back in folk’s sails and recharge their batteries for the struggles ahead, but the feeling really is mutual when you are greeted with a response like the Tolpuddle crowd gave, and hand on heart, that was one of the most moving days of my life. Loved it.

And as if that lot wasn’t enough I was asked to join Naomi Bedford and Paul Simmonds on stage to play Woody Guthrie‘s ‘Ain’t Got No Home’, and there was no WAY I was turning THAT down! Thirty years ago when I was learning how to play solo and how to write Folk songs, it was Paul’s many classics for The Men They Couldn’t Hang which formed the bedrock of the busking repertoire I bashed out on street corners up and down this land and beyond; so to join him on stage and share verses written by our mutual inspiration was literally a dream come true. Unbelievable stuff really.

Can’t thank Keith and the Tolpuddle team enough for inviting me, encouraging me, and keeping this amazing festival going year in year out; and I can’t thank everyone who hugged me, shook my hand, gave me badges or money for We Shall Overcome enough either. You made my spirit soar. 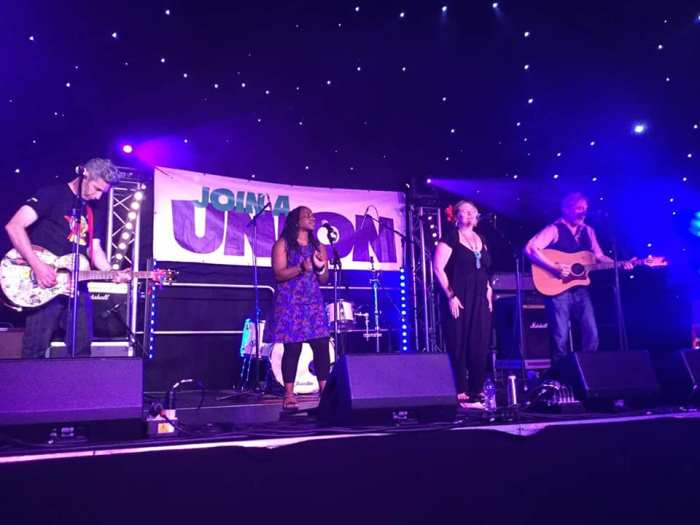 So I hauled the six hours home, slept as well as I could, and hurtled south again to play the Tramlines Fringe event at Shakespeares in Sheffield to a brilliant late Sunday crowd who sang me over the line in style. 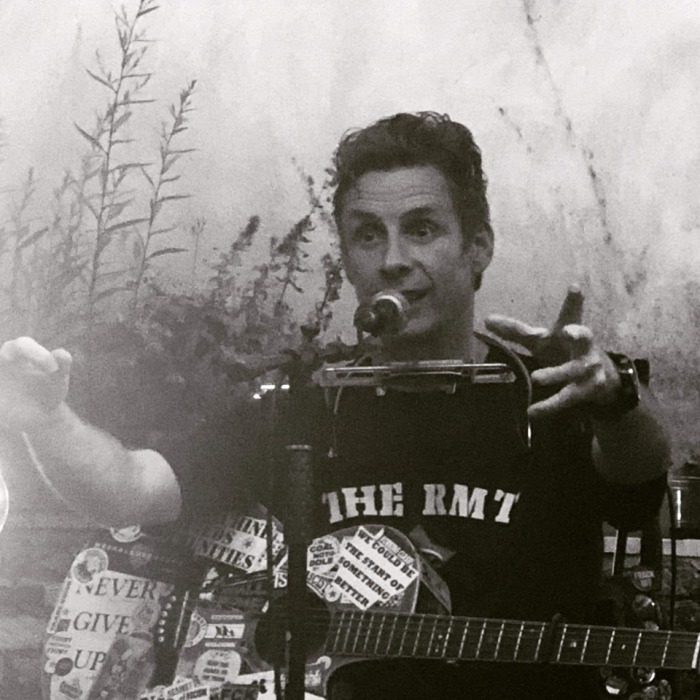 Now I need rest, fluids, fewer crisps, and more weekends like that one please!

See you out there soon x

One thought on “Tolpuddle & More- A Weekend To Remember!”