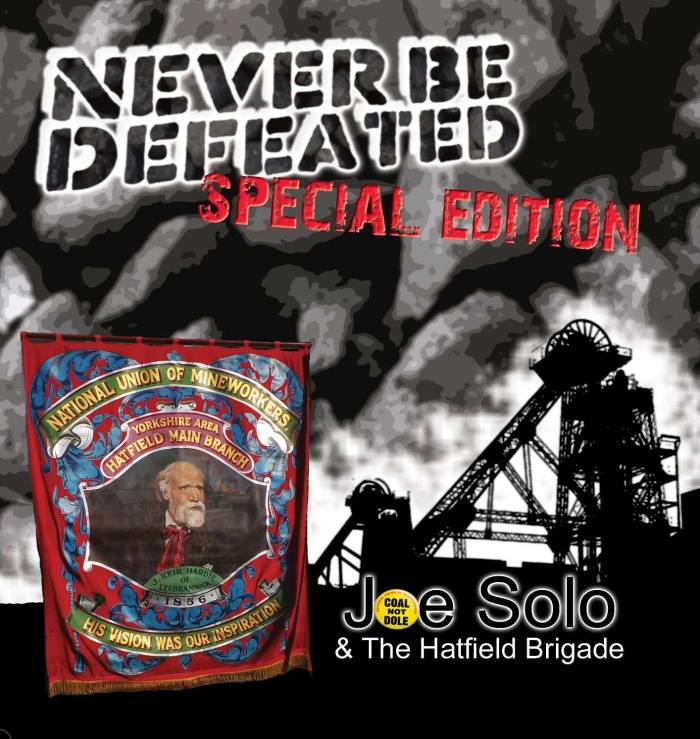 Officially released at midnight tonight to mark the 35th anniversary of the exact moment Cortonwood walked out and set in motion the Miner’s Strike 35 years ago tonight.
I could not be prouder of these songs, or of calling the people whose stories they tell my comrades and friends.
The strike was my political awakening. I was 14 years old. I began to question the role of government and police and media, and the answers I was faced with remain the truth I live by; that none can be trusted and none are worthy of our respect as institutions.
But it wasn’t all bad. I saw too the community spirit that inspires me to this day. I saw the sacrifices made to stand by a principle you know to be right. I saw the courage of people the State had waged all-out war on for a full year and who hadn’t buckled. And I saw their dignity in a defeat that wasn’t theirs and was utterly undeserved.
The Hatfield Brigade mean the world to me, and these are their stories, their voices, and I want you to hear them, to appreciate them, and to learn from them.
Folk music is a People’s History of the World.
This is an important chapter.
You can order the album here:
https://joesolothehatfieldbrigade.bandcamp.com/album/never-be-defeated-special-edition

One thought on “Never Be Defeated- Special Edition TONIGHT!”